In the Scripture, Abraham is listed as one of the heroes of faith. God made one of the first covenants with him. But what’s interesting is that before Abraham, God spoke to Abraham’s father and told him to go where he told Abraham.

It says in Genesis 11 that Abraham’s father “left Ur and headed out toward Canaan.” He was going to the Promised Land just like God told Abraham. But it says, “He stopped along the way and settled in Haran.”

Why did he stop? There were too many difficulties. It was hard traveling with all of his flocks and herds. He had his family, his possessions. It wasn’t comfortable. He finally decided, “I can’t go any further. I know this isn’t the Promised Land, but it’s good enough.” 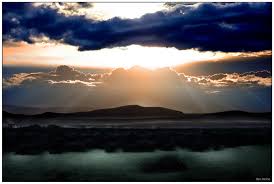 How many times do we do the same thing? We start off right. We’ve got a big dream. We’re going to fulfill our destiny. But along the way, we face opposition. Adversity arises. Too many times, we say like Abraham’s father, “What’s the use? I’m just going to settle here. It’s good enough.” No, I want to light a new fire in you.

Decide today: “I’m not going to settle halfway, three-fourths of the way, or nine-tenths of the way. I’m going to make it all the way in to my promised land.”

This site uses Akismet to reduce spam. Learn how your comment data is processed.

**Fill out the form below for our Free Newsletter about health and fitness, awesome workout tricks. vitamins, supplements and more...
template-16